One Morning In Maine

The childhood classic, One Morning in Maine, is written by Robert McCloskey and is available in soft-cover and hard-cover.

"One morning in Maine, Sal woke up she peeked over the top of the covers, the bright sunlight made her blink, so she pulled the covers up and was just about to go back to sleep when she remembered 'today is the day I am going to Buck's Harbor with my father!"

As Sal brushes her teeth she notices something strange. One of her teeth is loose! Her first loose tooth! When the tooth falls out she'll be able to put it under her pillow and make a wish. But while Sal digs for clams with Dad, her loose tooth becomes a lost tooth. How can she make her wish now? Luckily an exciting trip to Buck's Harbor with Dad and baby Jane helps make Sal's wish come true. In this heartwarming story, Robert McCloskey beautifully conveys life's everyday pleasures and his intimate knowledge and deep appreciation of the Maine islands.

"Delightful and very childlike. the lovely Maine seacoast scenes and the doings of Sal with her family and friends are drawn with enticing detail in big double-spread lithographs printed in dark blue."

- Booklist Robert McCloskey wrote and illustrated some of the most honored and enduring children's books ever published. He grew up in Ohio but spent time in Boston and New York, and ultimately Maine, where he and his wife raised their two daughters. His boyhood was spend in Ohio and he attended the Vesper George School of Art in Boston. For most of his adult life, McCloskey lived in Maine, where he and his wife Peggy raised their two daughters, Sally and Jane. The first ever two-time Caldecott Medal winner, for Make Way for Ducklings and Time of Wonder, McCloskey  was also awarded Caldecott Honors for Blueberries for Sal, One Morning in Maine, and Journey Cake, Ho! by Ruth Sawyer. He was declared a Living Legend by the Library of Congress in 2000. You can see some of his best-loved characters immortalized as statues in Boston's Commons. [caption id="attachment_26633" align="alignleft" width="300"] 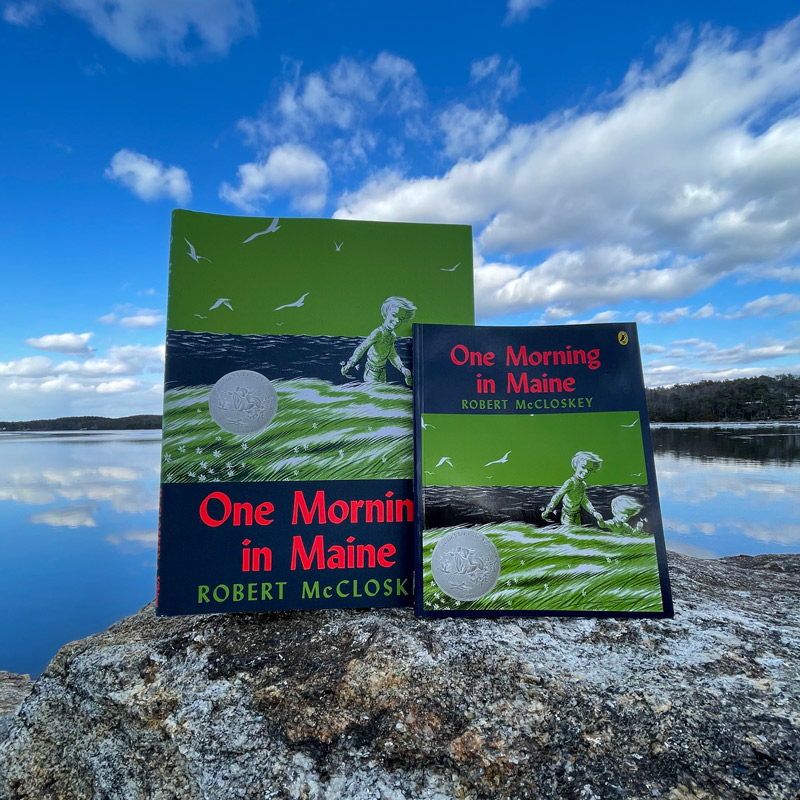 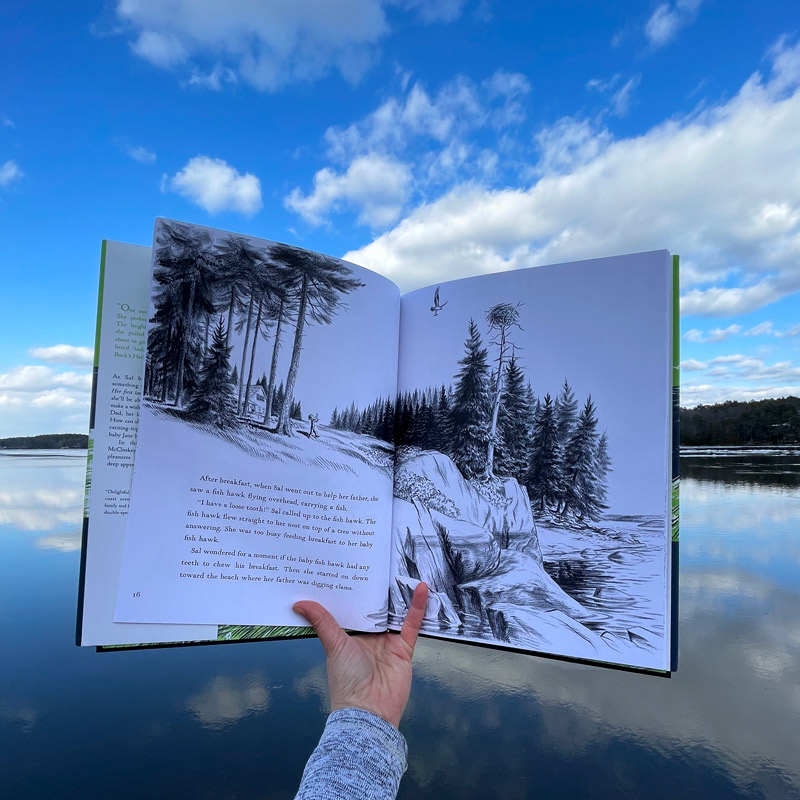 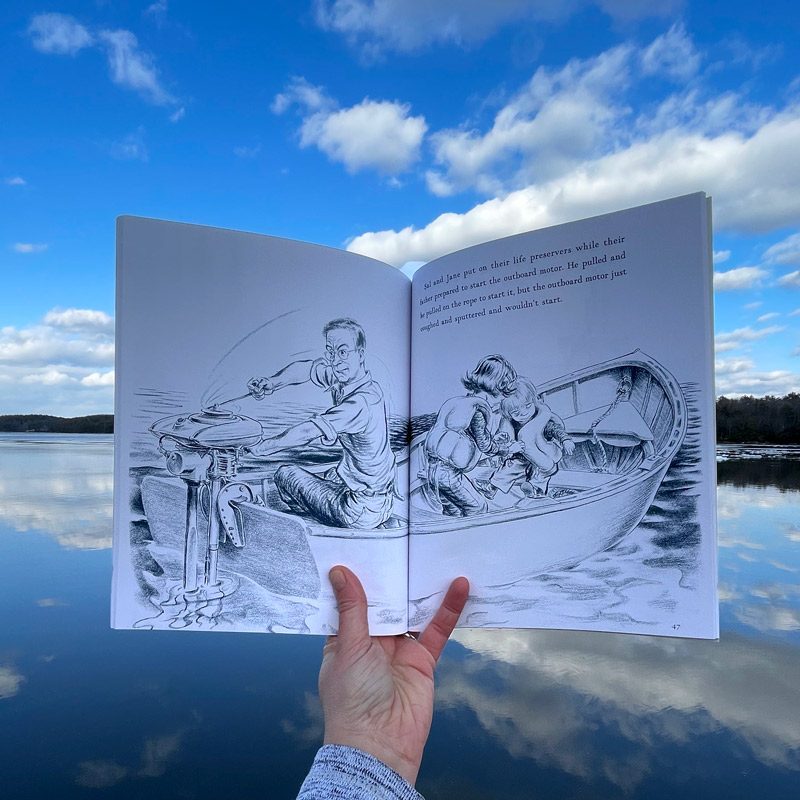 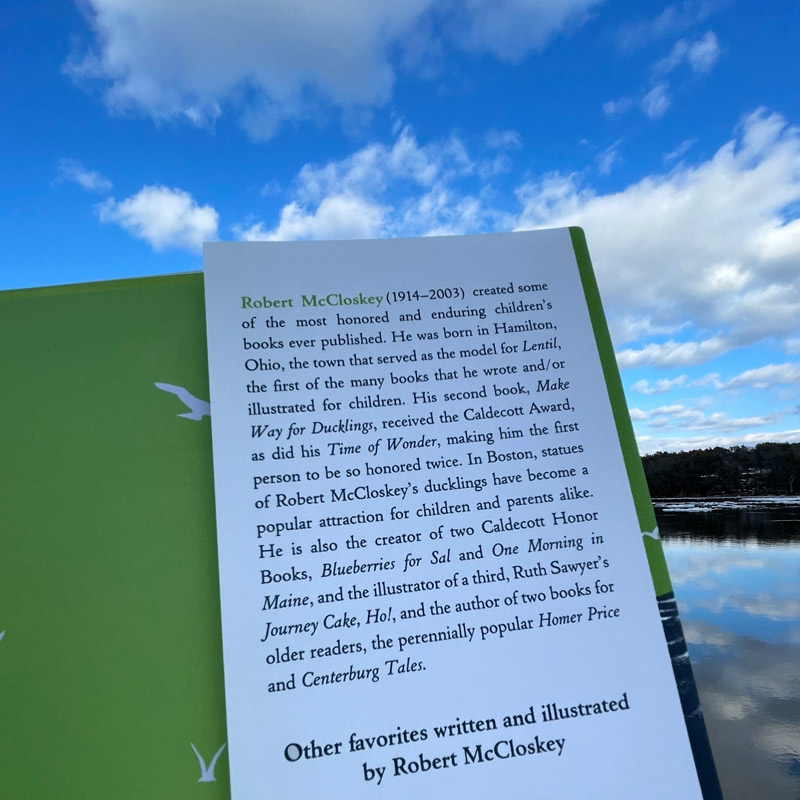 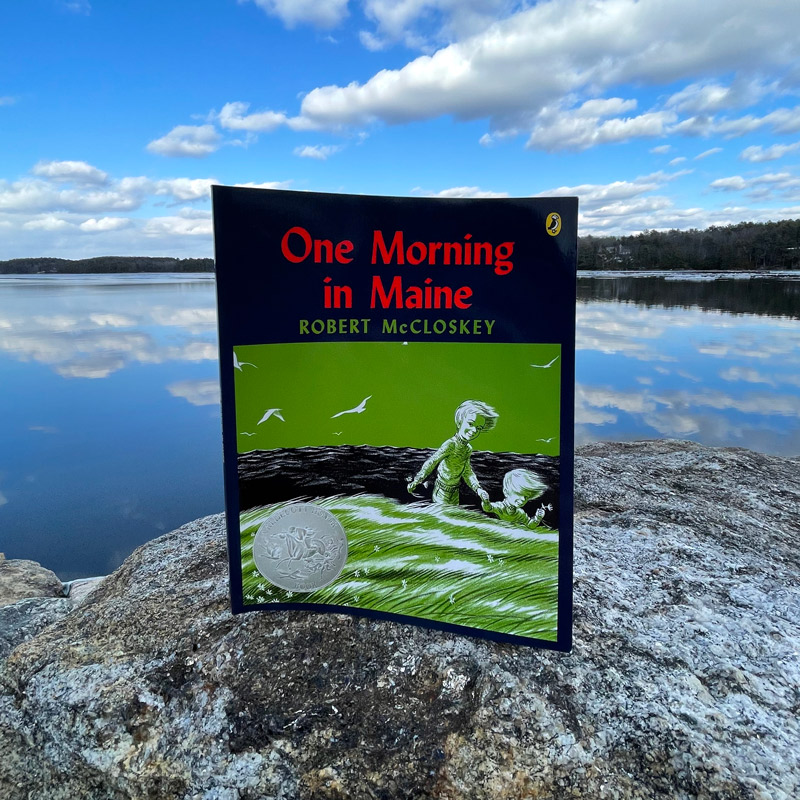 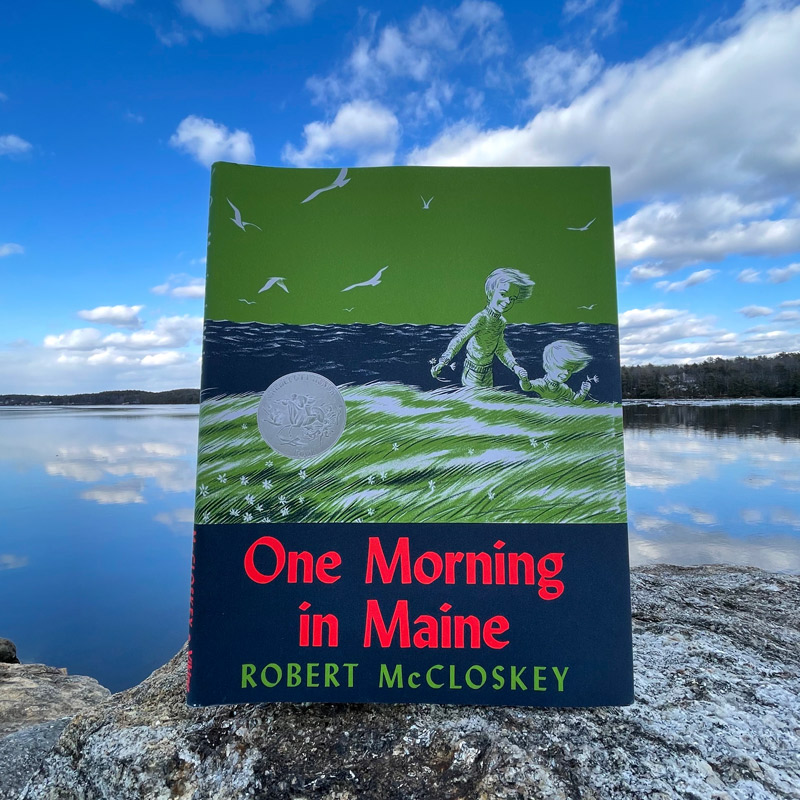