The Maine Wildflowers Pen is a collaboration between David and his wife Roxanne. Roxanne grew, harvested and dried the majority of the flowers. She arranges the blossoms for each pen one at a time making each pen unique. David casts them in acrylic resin, then turns and applies the finish on a lathe. They are available in three different metals: Gold, Gun Metal, and Chrome.

The Maine Wildflowers Pen is part of a selection of unique, handcrafted pens made in Maine. Each pen is made one at a time, by hand, causing them to be one-of-a-kind with no two looking exactly alike. 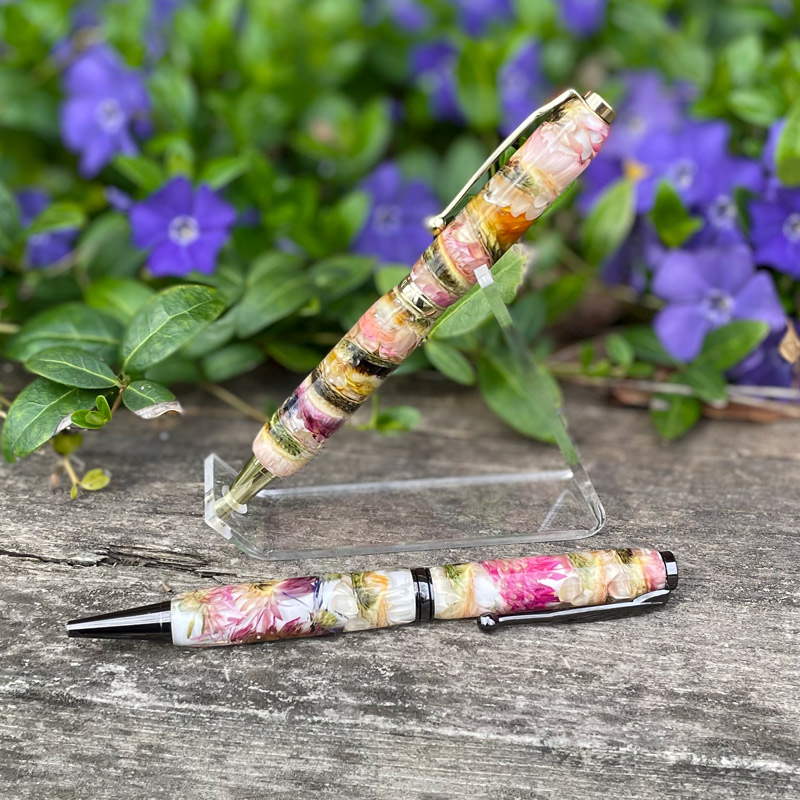 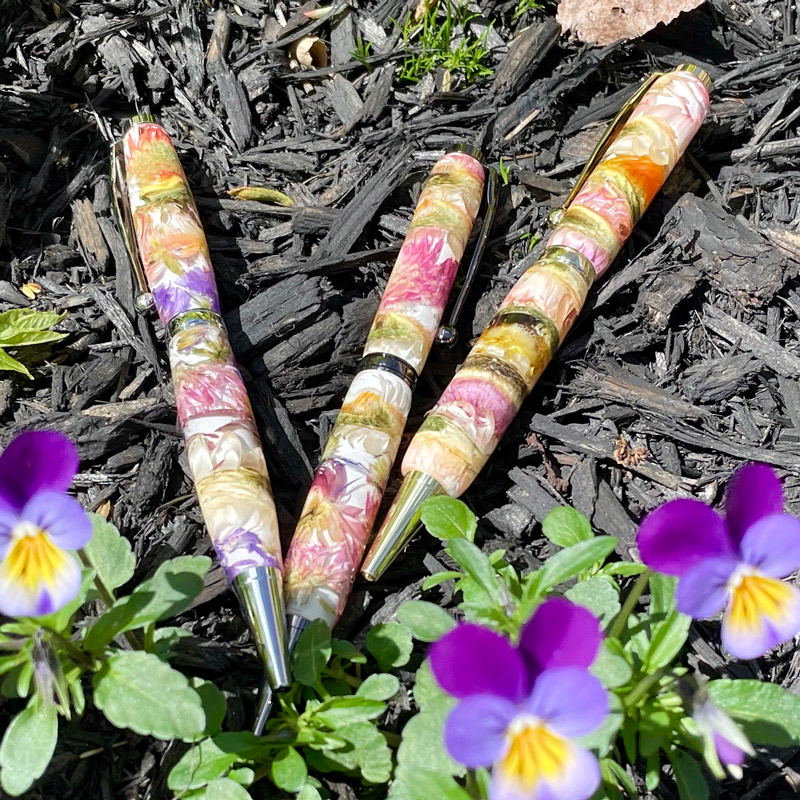 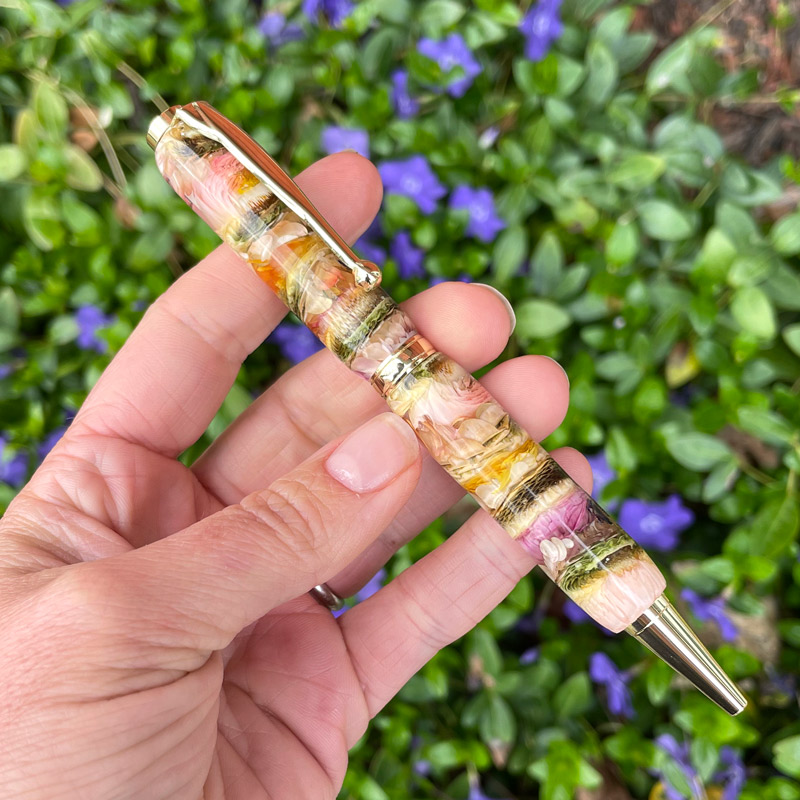 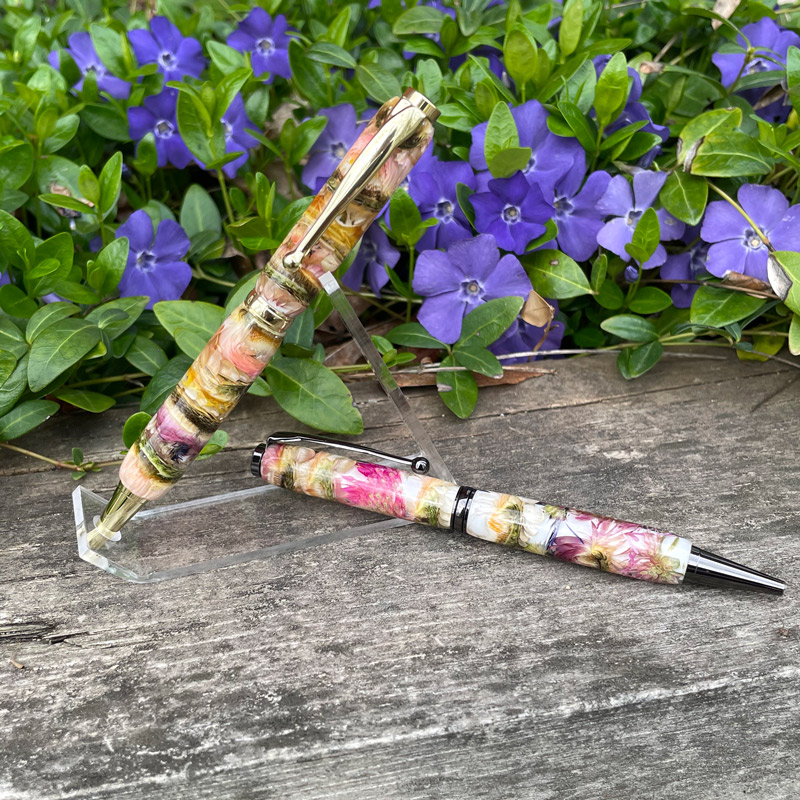 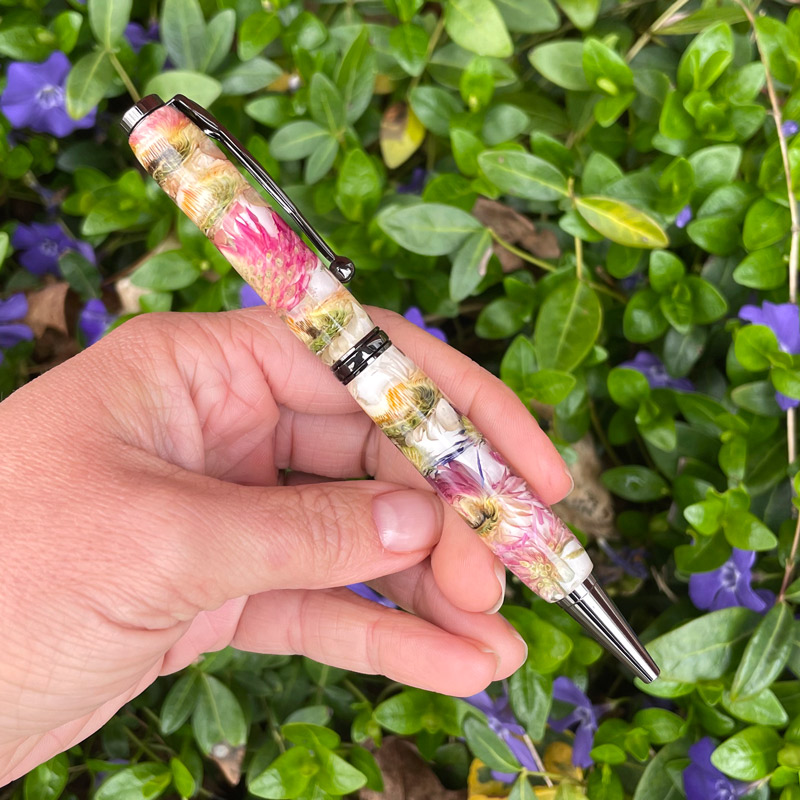 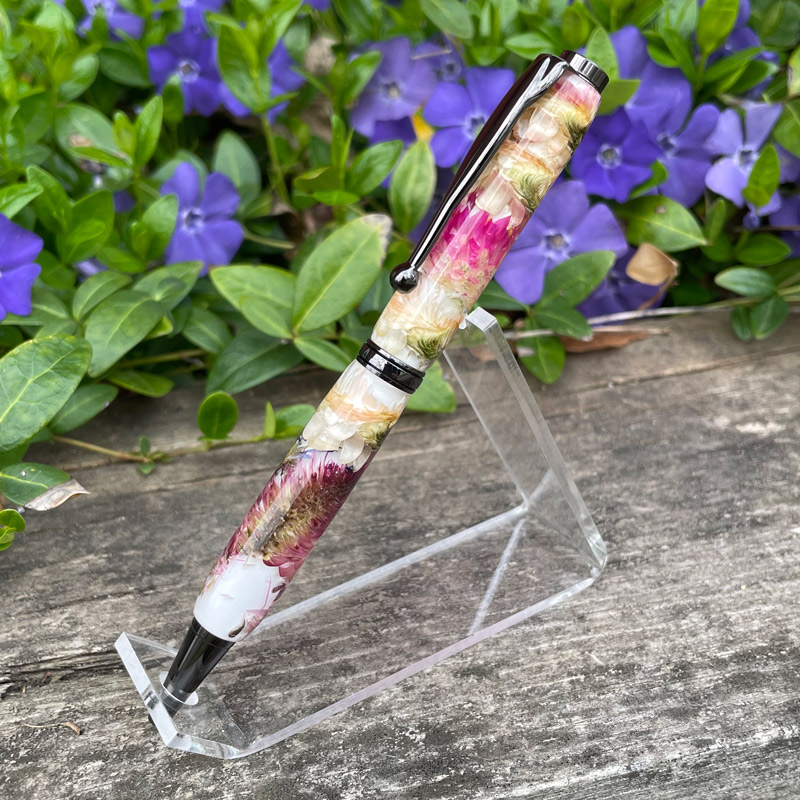 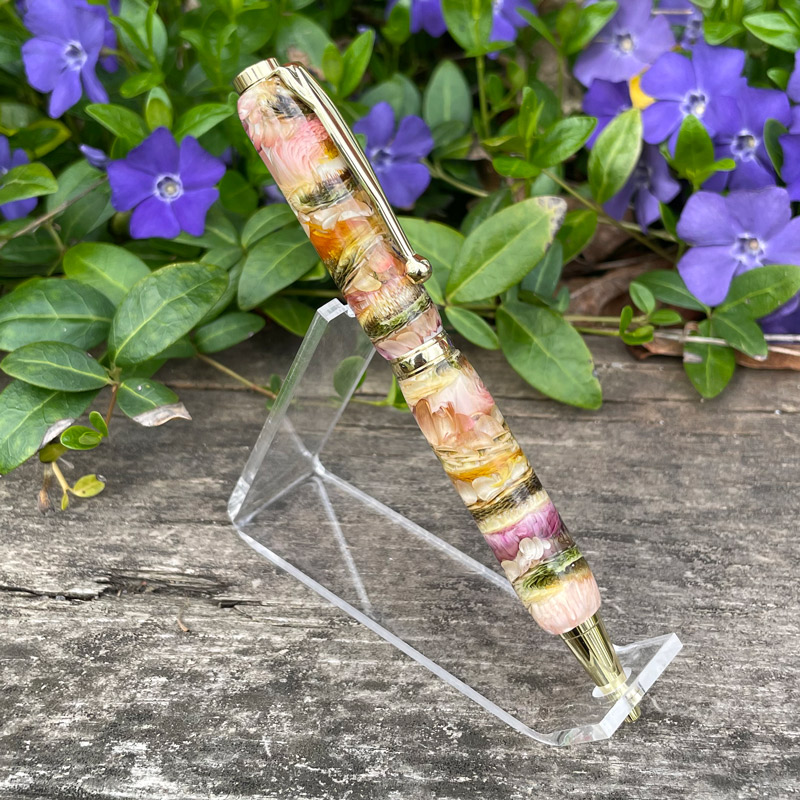 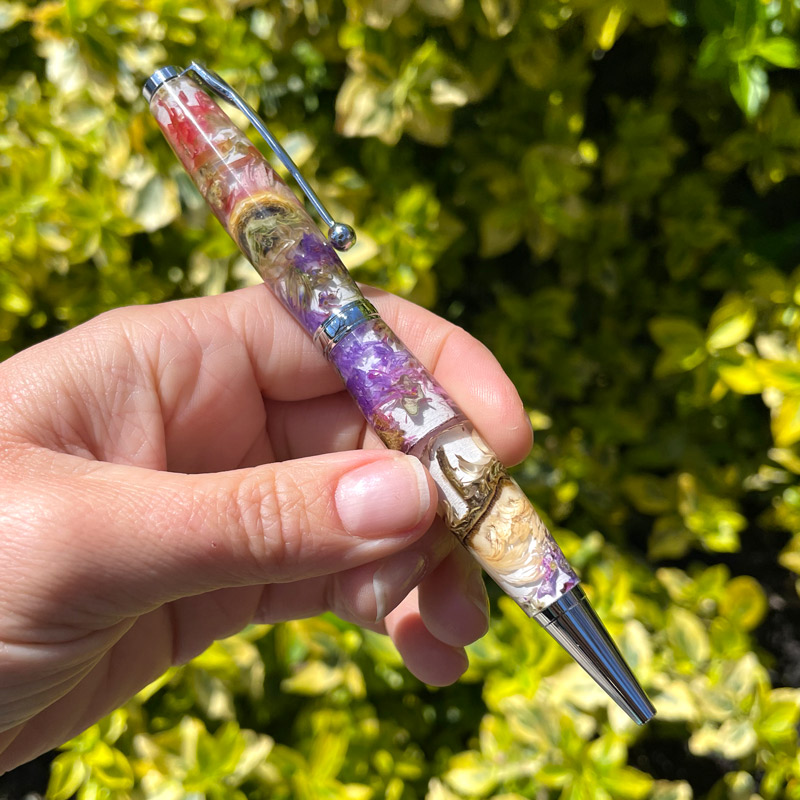 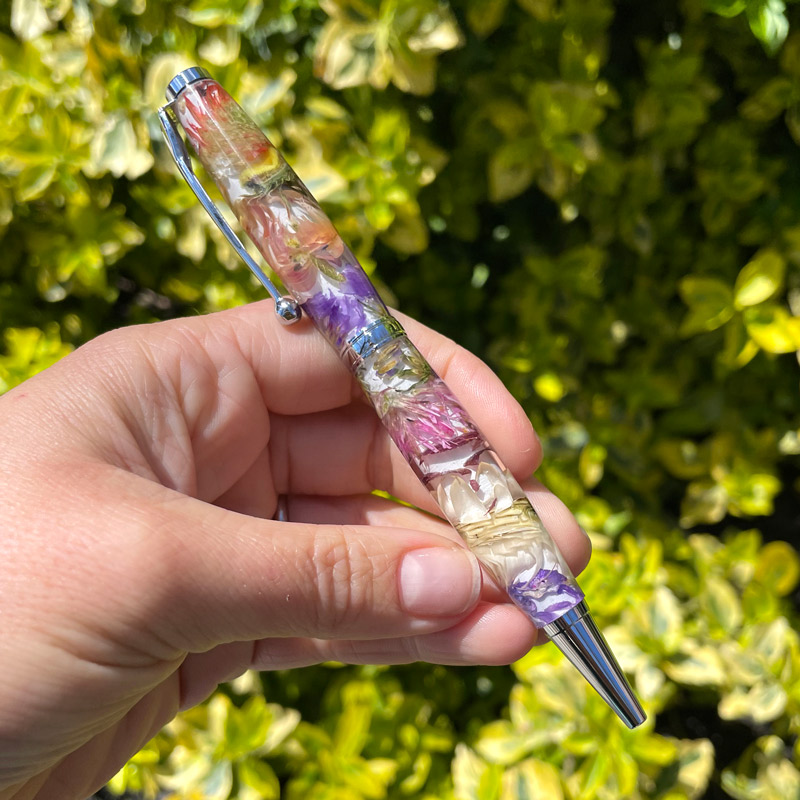 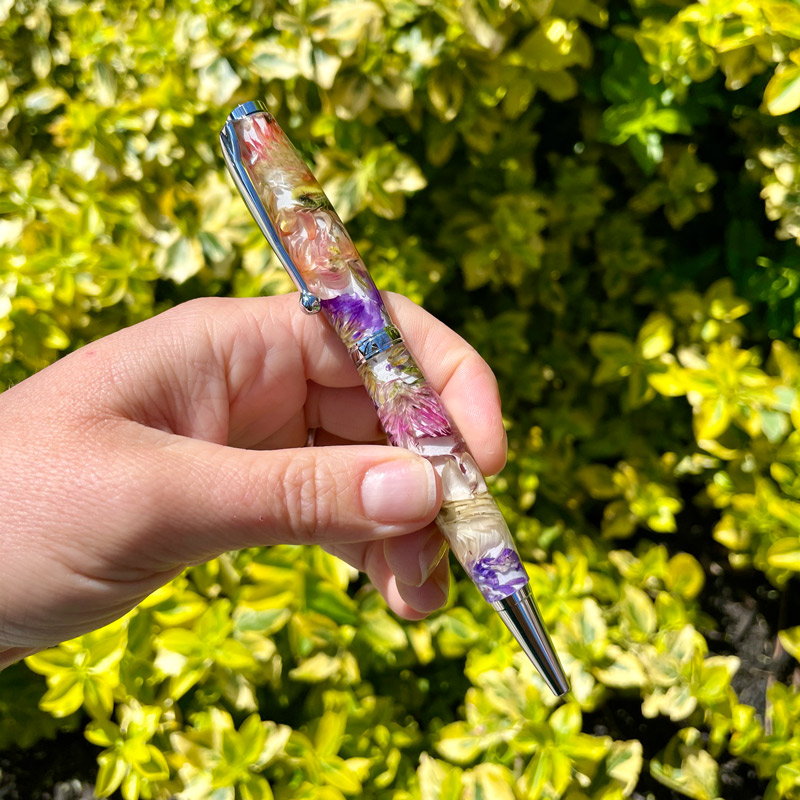