This Maine Maple Tree Celtic Knot Pen is masterfully created by Maine maker, David Tabbutt. Over the years, Tabbutt has dabbled in other wooden arts, but now specializes in wood turned pens and has even begun to make some out of antler and crushed shell. Most of his findings are from the lovely state of Maine.

The Maine Maple Tree Celtic Knot Pen is part of a selection of unique, handcrafted wooden pens made in Maine. Each pen is made one at a time, by hand, causing them to be one-of-a-kind with no two looking exactly alike. 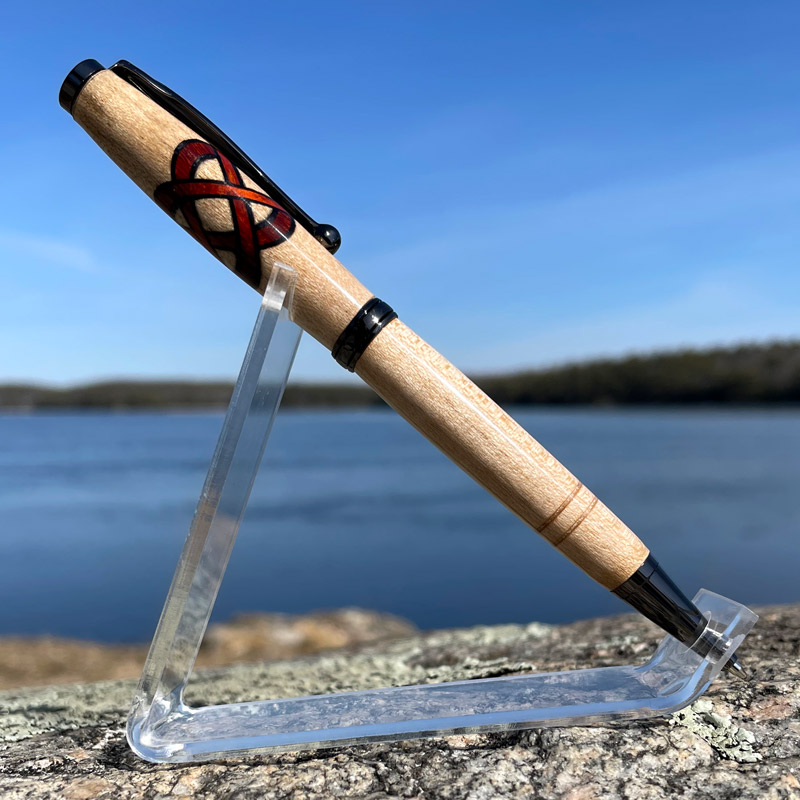 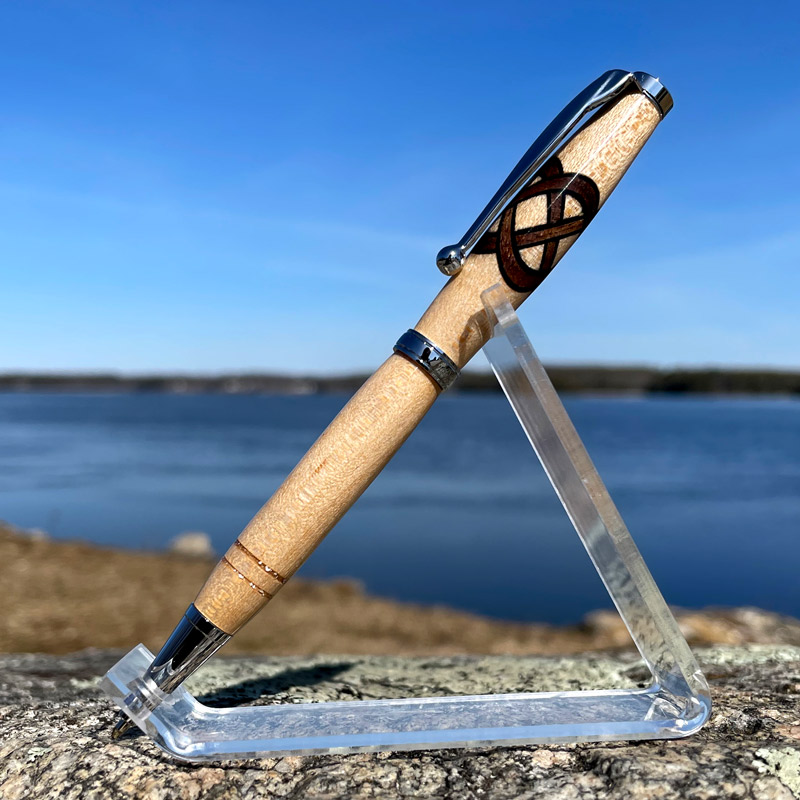 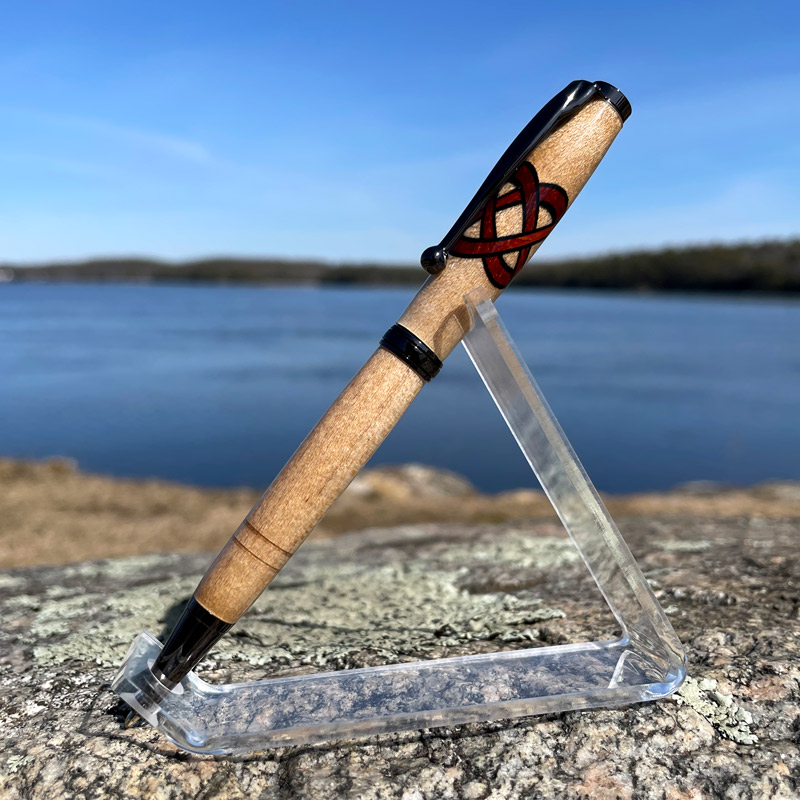 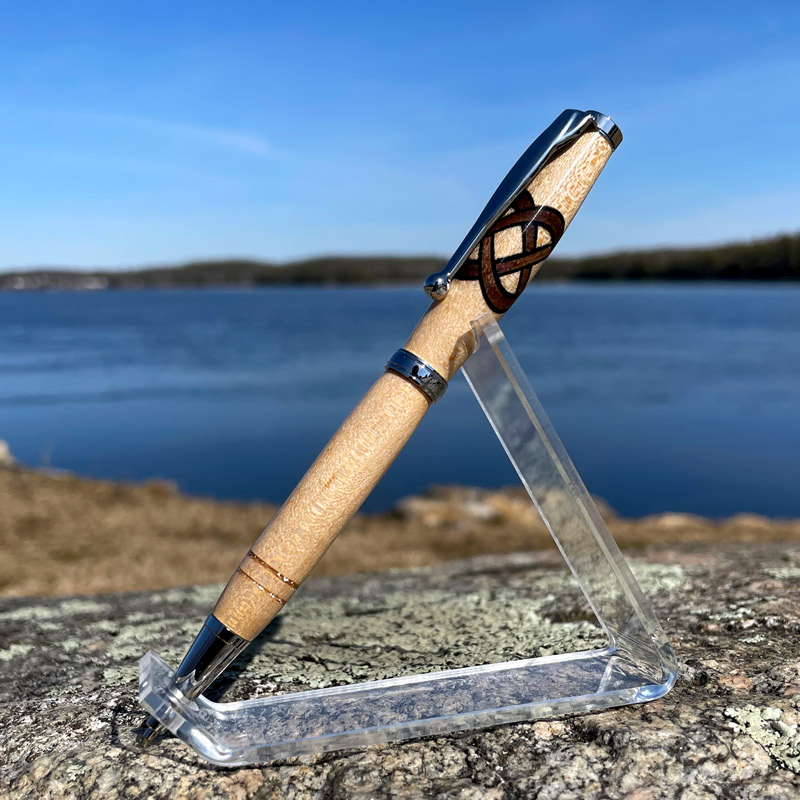 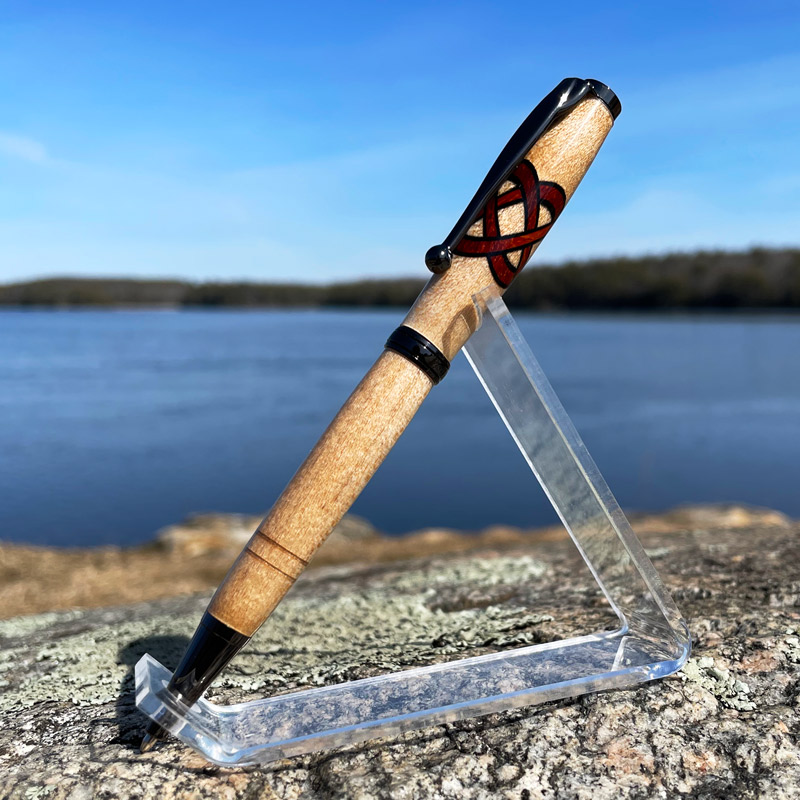 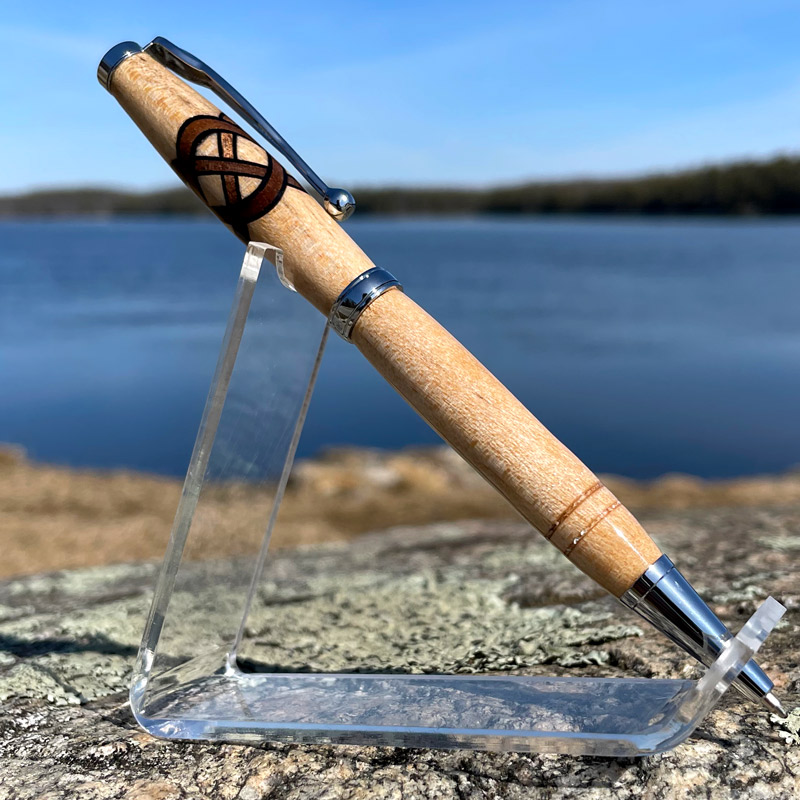