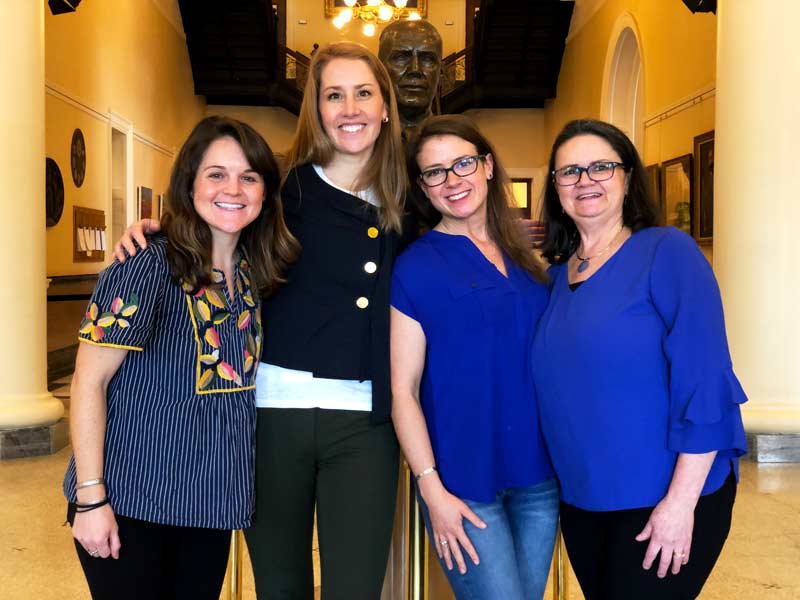 This week were were invited by the Retail Association of Maine to join a few businesses in the Hall of Flags at the State House in Augusta for the 2nd Annual Annual Retail/Food Producer Day.

The Hall of Flags event is a great opportunity to get informal face time with Maine’s 151 legislators and countless Statehouse employees and allows us to highlight both the retail and food producer industry in Maine. Legislators look forward to connecting with groups in the hall of flags, and having more conversation time with folks outside of lobbying efforts. It was awesome to see some fellow Bath folks like Senator Eloise Vitelli and our Bath State Representative, Shawn Paulhus! 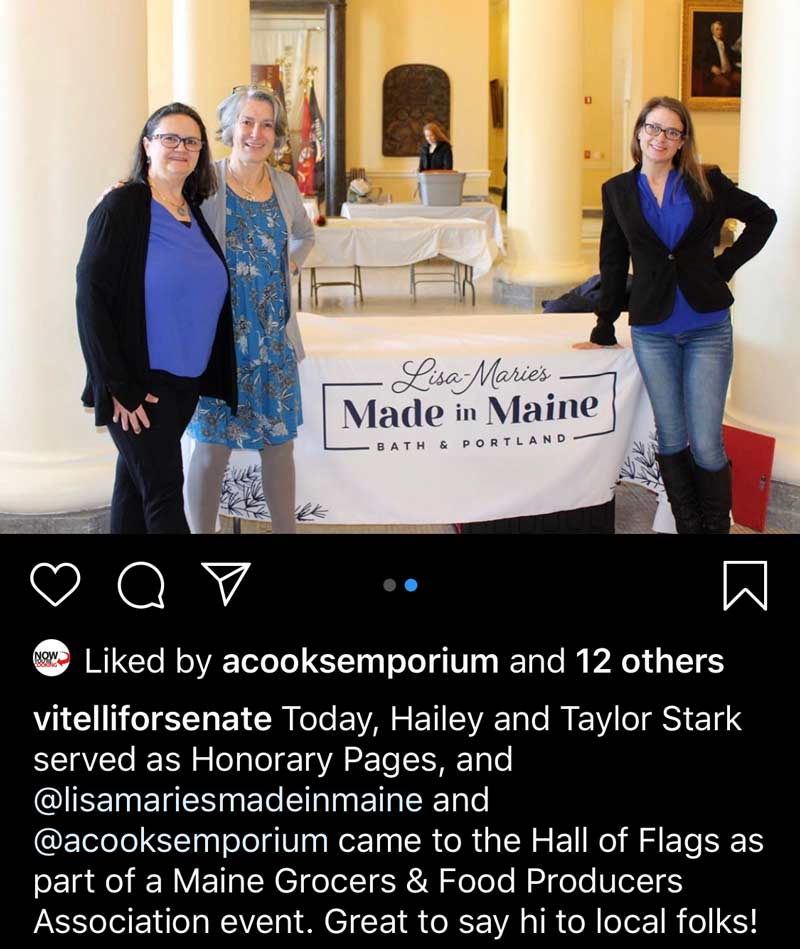 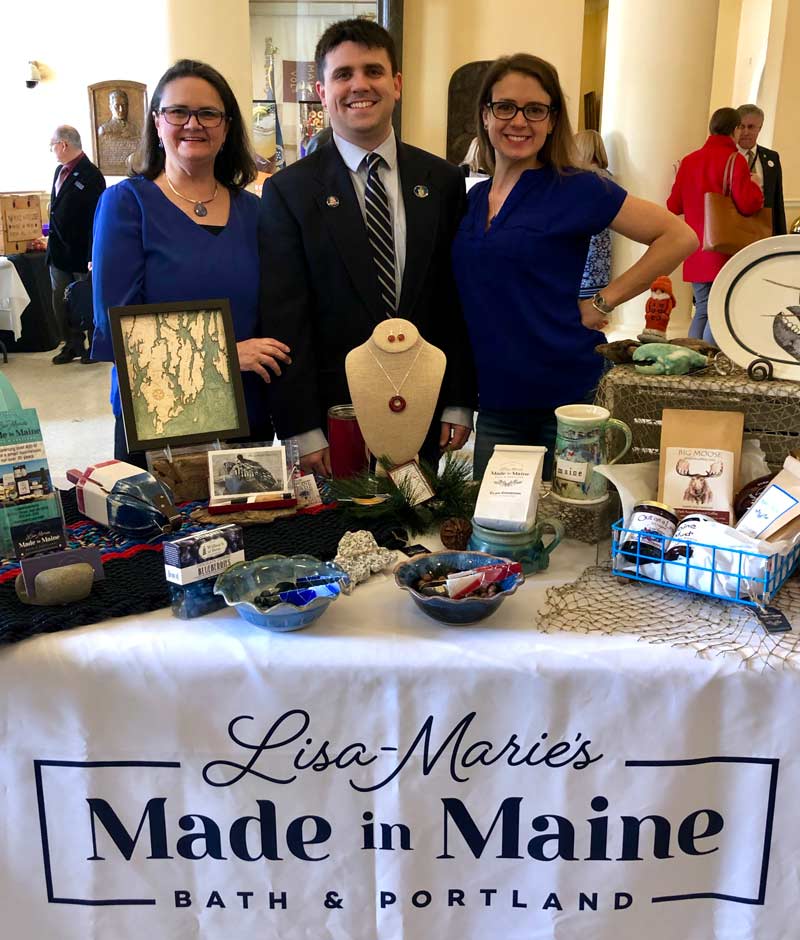 We were in good company surrounded by businesses like Goodwill Industries of Maine, Luigi Del Conte Sauces, Ricker Hill Cider, Royal Rose, and our neighbors on Front Street in Bath – Now You’re Cooking! We got to meet the owner of Royal Rose, Topher, who also happens to own Split Rock Distillery, the maker of Andy’s very favorite bourbon! (We won’t forget that invite for a distillery tour, Topher!) 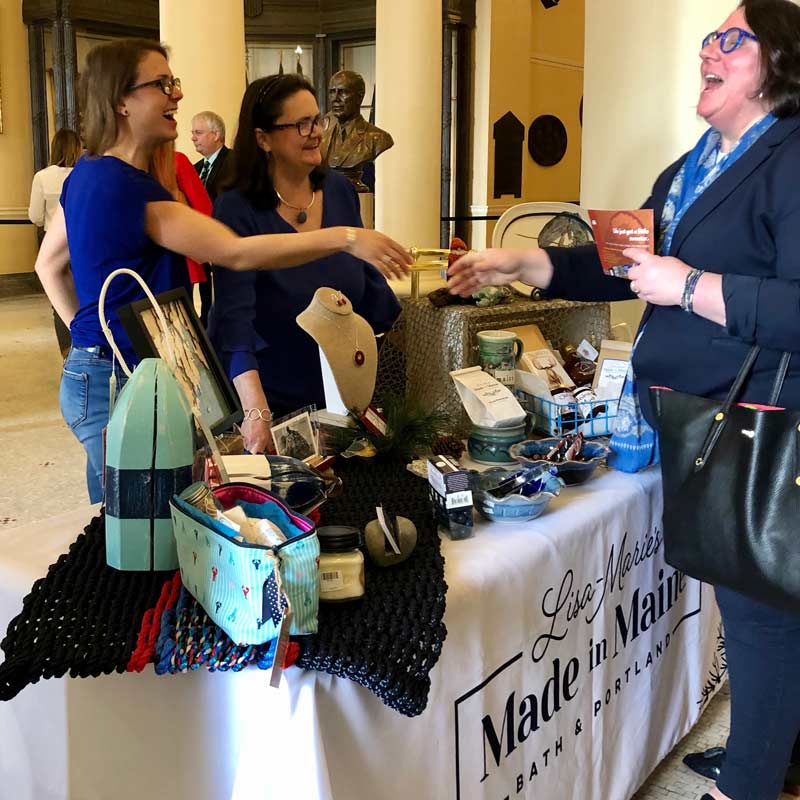 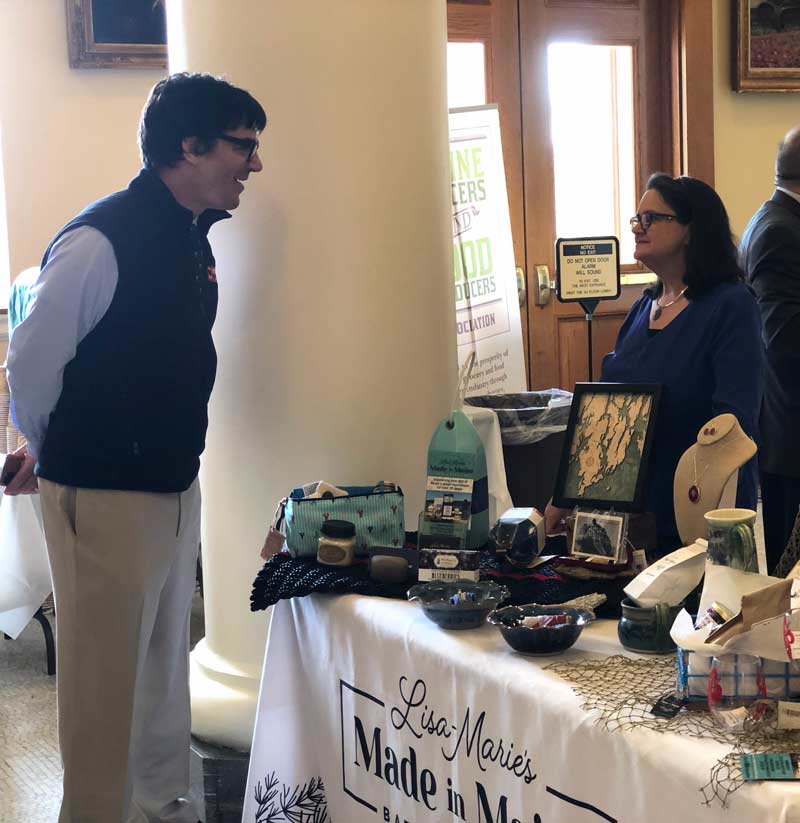 While this was supposed to be strictly a networking event and we did not bring anything to make any actual sales, we were surprised when someone wanted to purchase something right then and there. Luckily she had cash and we were able to send her home with a stained glass chickadee! 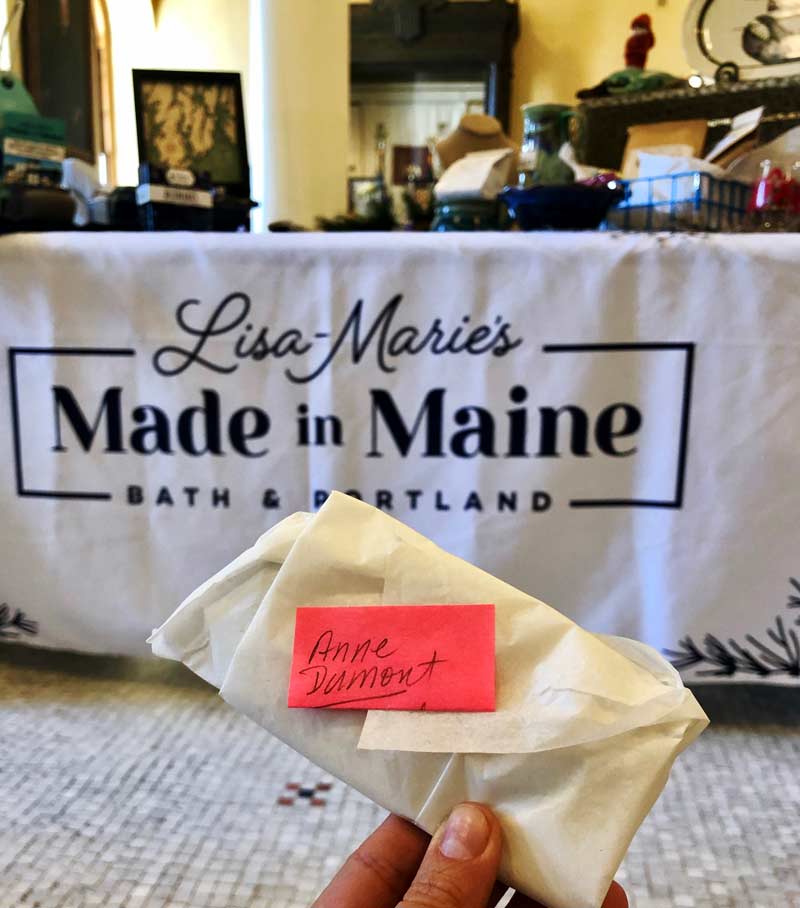 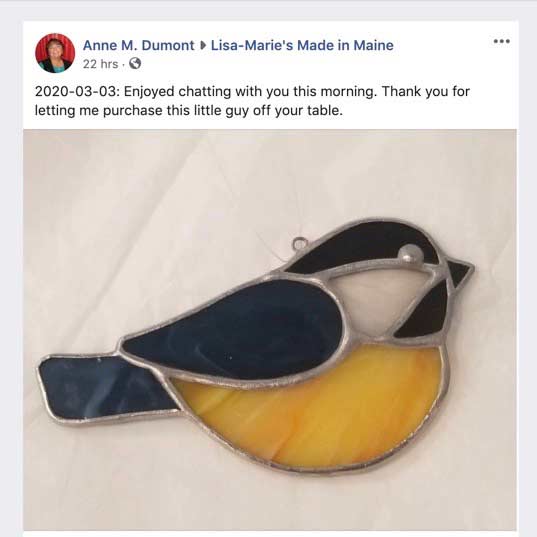 It’s also pretty neat that not only were two businesses from Bath represented but many Morse High School alumni were at this event.
Shawn Paulhus graduated from Morse in 2004, and is now the State Representative for District 52. Heather from Now You’re Cooking and I graduated together in 2005 and now support our family’s businesses. (We even went to each other’s weddings!) 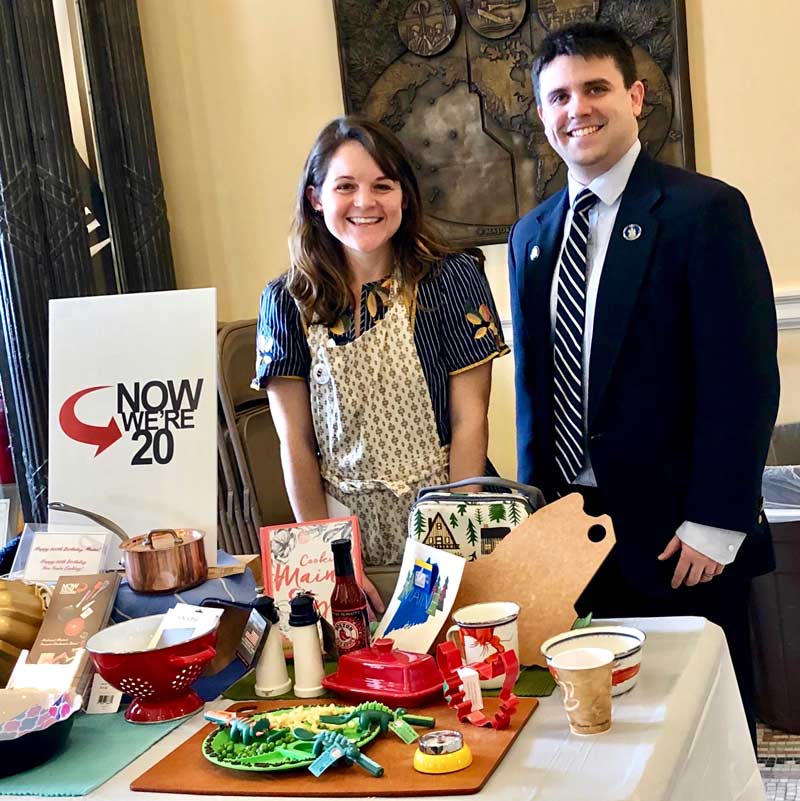 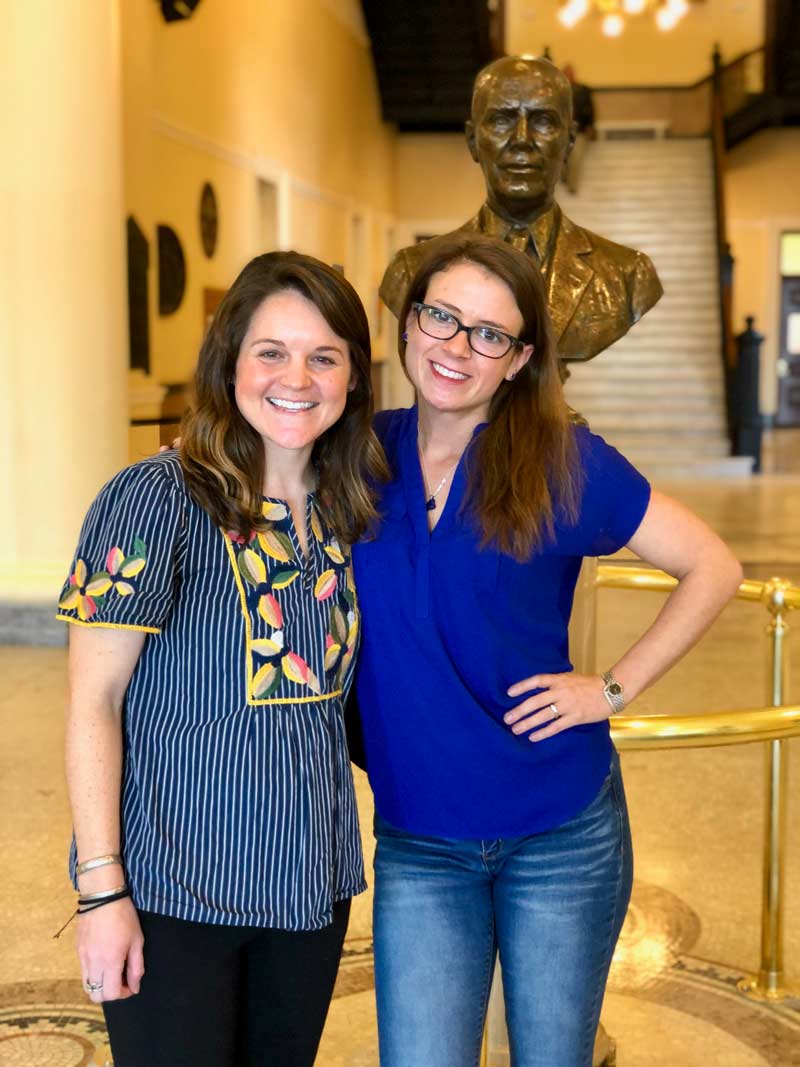 Bath, Maine is such an amazing place to live. And it’s great to see representation from the City of Ships all the way in our Capitol. Thank-you so much to the Retail Association of Maine for having us and working so hard to promote the businesses of Maine! 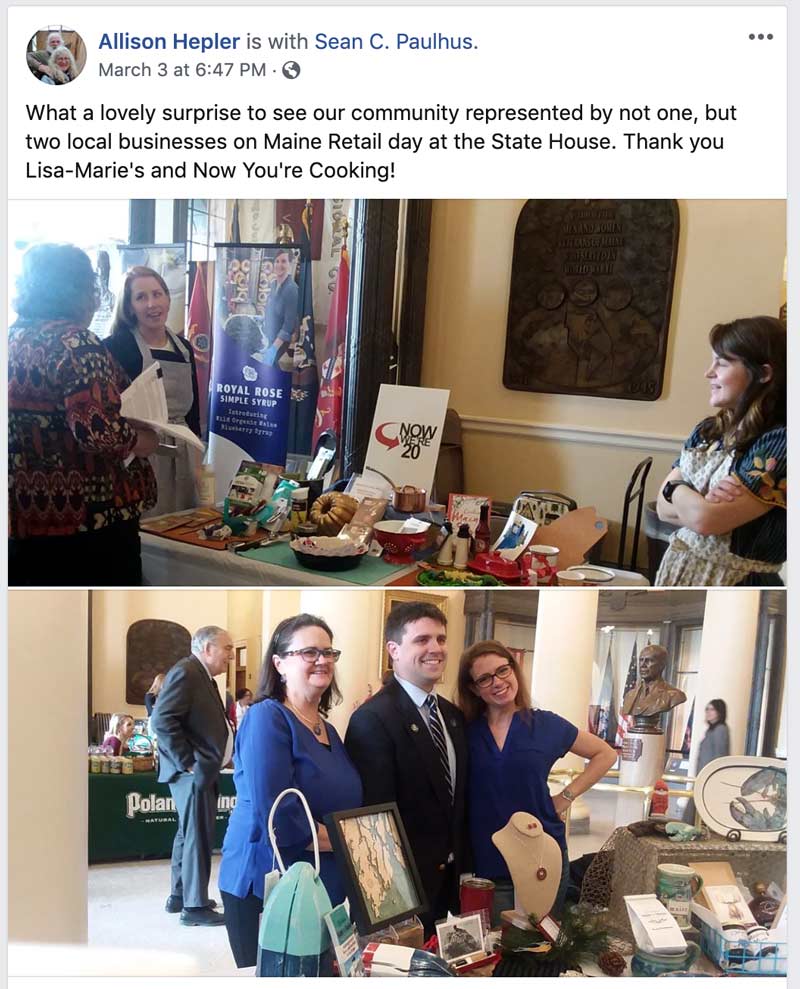