MAINEly Wildlife - Lisa-Marie's Made in Maine
Skip to content 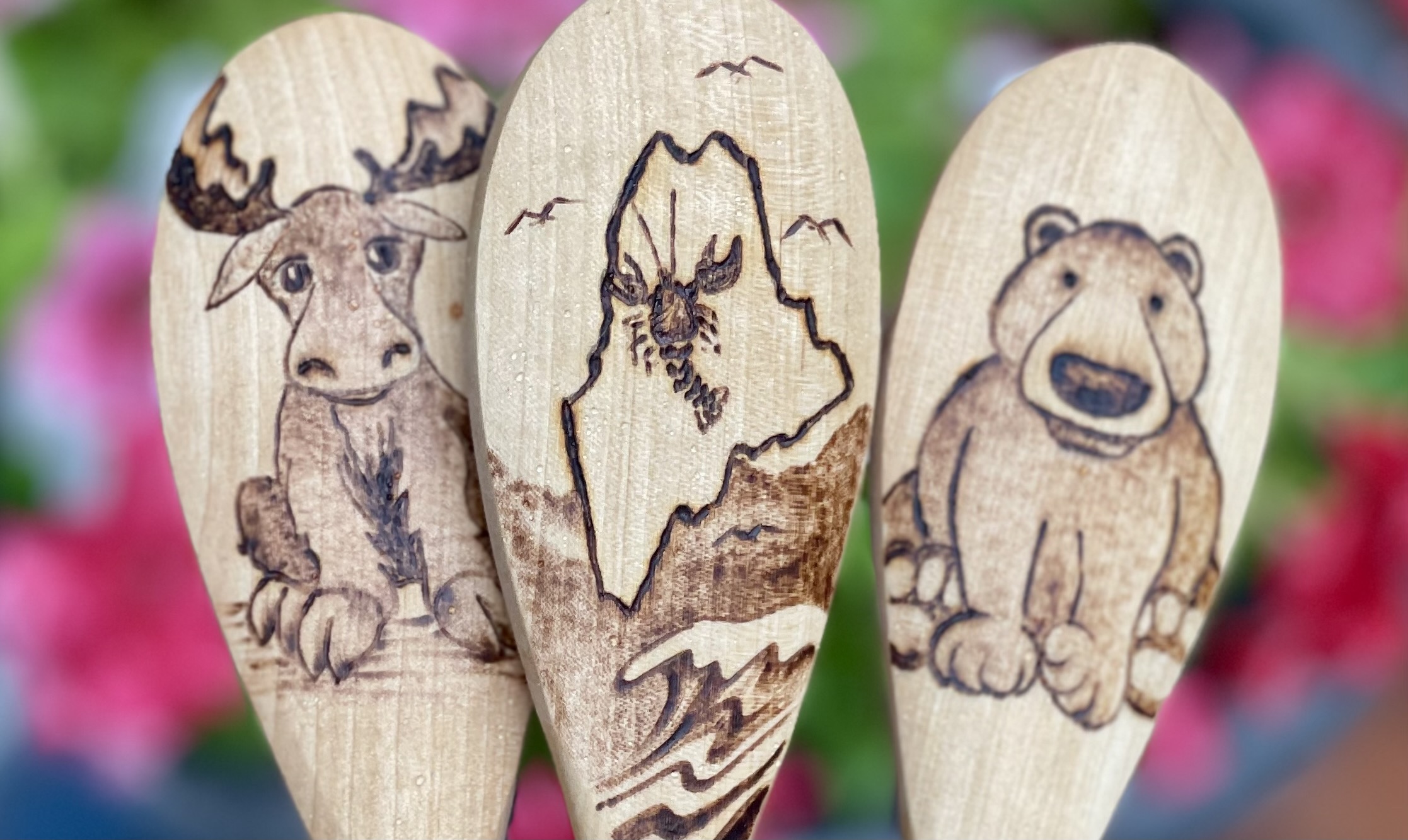 Maine is a massive state encompassing all types of terrain: forests, lakes, mountains, oceans, islands etc. Within its rugged landscape and salty waters reside various types of wildlife and sea-life. Here we explore just a FEW of the ones our hoME state is known for.

Maine is lucky to be one of only a few states in the U.S. that has a sizable moose population. State biologists estimate there to be a population around 75,000–that’s the largest concentration of moose in the country next to Alaska.

For many visitors, catching a glimpse of a moose in the wild is near the top of their Maine bucket list. Did you know that a mature bull most can easily tip the scales at 1,000 pounds or more, and that their antlers span an average of six feet? These majestic creatures prefer their privacy, so don’t head into the city and expect to see one out and about. Their population is greatest in areas like the Western Lakes and Mountains, The Kennebec Valley, The Maine Highlands, and Aroostock County. If you plan on camping out or visiting these regions of Maine, keep an eye out around dawn or dusk for these beautiful creatures and remember to respect their space (and don’t forget to grab your camera!).

The black bear is the smallest of the three species of bears inhabiting North America (black, brown/grizzly, and polar), has the widest distribution on the continent, and is the only bear living in the eastern United States.

In Maine, black bears are found nearly statewide, but are most common in the heavily forested areas of northern and eastern Maine.

Black bears in Maine are normally black, but they are often various shades of brown to cream colored out west, and are even white, and blue-gray in color in coastal British Columbia and Alaska.

Although most black bears are not much larger than humans, their weight can vary tremendously with the season of the year. Bears store body fat during the fall months to supply energy during their long winter denning period, and are heaviest in late fall.

Maine designated the black-capped chickadee (Poecile atricapillus) as the official state bird in 1927.

A minuscule, cheerfully sociable bird, the energetic black-capped chickadee does not migrate – we can enjoy them all year long!

The unique call of the chickadee is one of the most complex in the animal kingdom – very slight variations in the “chick-a-dee” can act as an alarm call, a contact call, or can be used to relay information when they recognize another flock.

1. Great Horned Owl – its habitat is fairly unlimited, as long as there are trees and rocky nesting sites available.

2. Short-Eared Owl – most common owl to see during the daytime.

3. Northern Saw-Whet Owl – one of the smallest owls on the planet!

4. Barred Owl – their name derives from the alternating horizontal stripes of light and dark brown on their wings, back and tail.

Maine ocean islands provide the only nesting sites for Atlantic puffins in the United States.

While commonly mistaken for penguins via photographs, puffins are actually only about the size of a Coca Cola can.

The best time to see puffins on tour boats are during June and July.

One of Maine’s most spectacular and memorable attractions is whale watching. It’s an absolute must see for any visitors during the warmer spring and summer months. There are many different species of whales in Maine, and they all migrate here to feed, raise their young, and enjoy the warmer waters just like us.

The 4 most common whales seen off the Maine coast are: humpback, pilot, minke, and the huge finback whale!

The first Maine lobster catch was recorded by James Rosier in 1605, but the lobster industry truly took off in the 1700s when lobster “smacks” were introduced. These traditional fishing boats continued to be used by lobstermen in the Northern Atlantic through the 1900s.

While we commonly imagine the iconic bright red lobster, lobsters in nature are a wide range of colors – but not red. Wild lobsters can be green, blue, yellow, grey, calico, multi-colored or even albino. Most commonly, lobsters are a dark greenish-brown, and the more unique colors are the result of a genetic mutation that causes a color of pigment to be missing. When a lobster is cooked, only the red pigments in the shell can withstand the heat, resulting in the bright red shell most people are familiar with. Only albino, or white, lobsters retain their natural color after they are cooked because their shell does not contain any color pigments.