Fifteen, Two, Fifteen, Four, If You Know Cribbage, There Could Be More - Lisa-Marie's Made in Maine
Skip to content 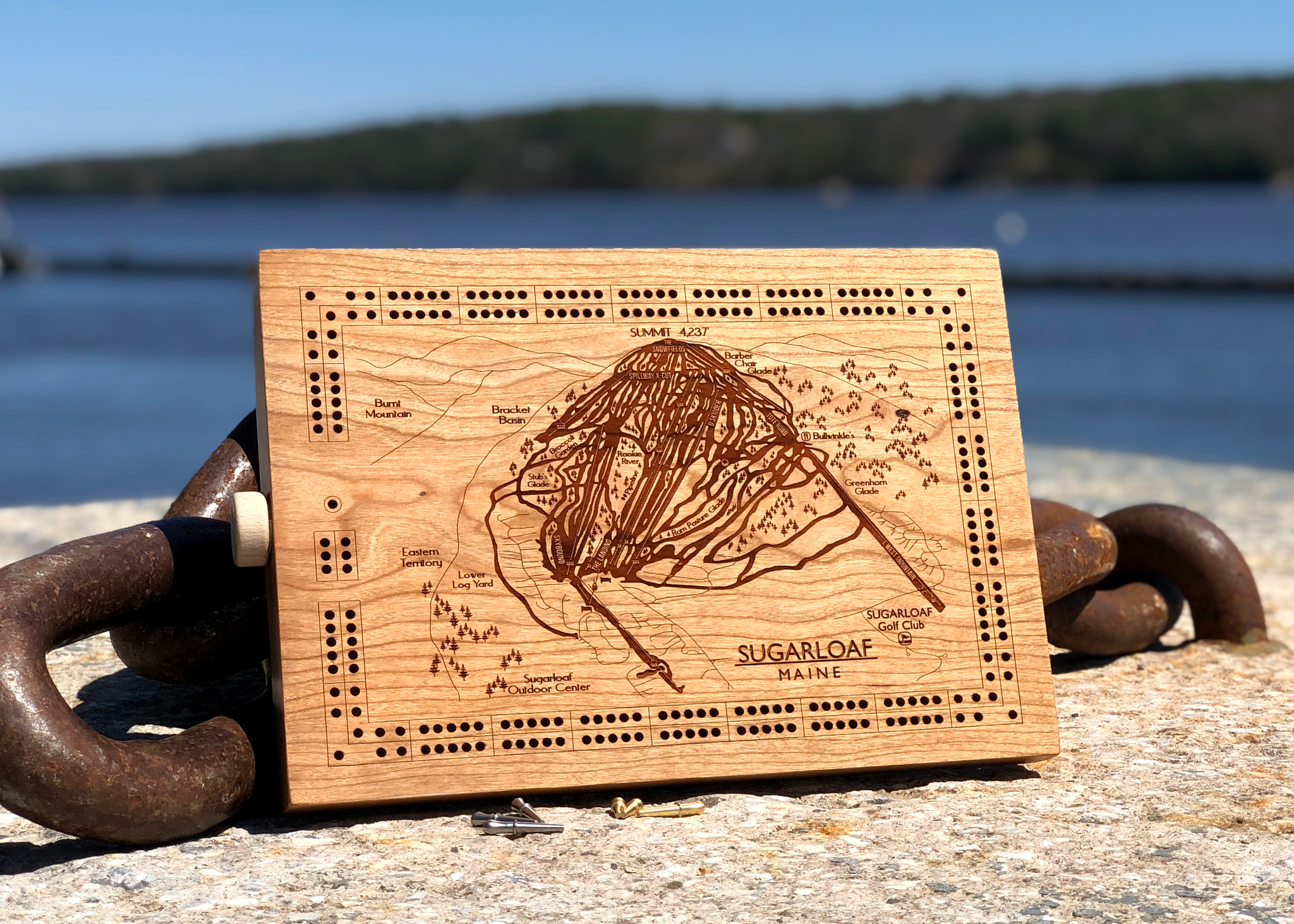 Cribbage: A Test of My Skill Versus Your Luck

Okay, I’ll admit it. I am not a true Mainer. Born and raised in Rhode Island, my childhood summers consisted of family beach days in Newport and Narragansett, walks through historic Wickford Village, and late nights playing friendly games of manhunt, exploring the mystical forests that were our backyards. I took full advantage of warm weather–staying outside as long as my parents would allow, and feeling pleasantly exhausted by bedtime.

Board games were also a sporadic occurrence in our household, usually a post-dinner activity. Yahtzee, card games, Othello, Life, and Risk, were a few of the family favorites. I picked up a few of my own favorite card games in high school and college, and after moving to Maine I learned to play Parcheesi, which has become one of my personal favorite board games.

I started working at Lisa-Marie’s Made in Maine in 2017, and when I first laid eyes on one of our artist’s wooden cribbage boards I had no idea what it was. For at least a year, I was convinced it was exclusively a Maine game. Then, it came up in conversation with my mom, and she spoke of learning how to play with her grandparents at a young age. I became curious about its origin, wondering how it made its mark in Maine and whether it was popular throughout the US.

In my research, I discovered:

Here I am, board game enthusiast, working in a Made in Maine shop having NEVER played a single game of cribbage. With every beautifully-crafted cribbage board sold, I remember nodding along as customers would recount memories of learning to play and teaching their own young’ins the tips and tricks of the game. “Fifteen, two, fifteen, four, pair is six…” What were they trying to say to me? What are these numbers? I had to find out. One day, while picking up necessities for a night of camping in Moosehead, I spotted a small, travel-sized classic cribbage board set and rung it up alongside trail mix and hot dog buns.

What I learned from a night of playing with my fiancé, who’s also never played, is this:

Life is a lot like cribbage. Sometimes you get dealt a lousy hand and no combination will give you a single point, while other hands are so good you struggle to figure out how to separate the possibilities. Sometimes your partner messes up and sometimes they are your saving grace. Some combinations are a match made in heaven and others can yield only zero results.